One of the things I wanna do in a future is to drive the American's most iconic highway with my dad, the Route 66 with a Classic Ford Mustang. Once we were watching a youtuber called Luzu and he was traveling all across USA driving on the Route 66 and we loved it so we decided that when I get my car license, someday we will go. 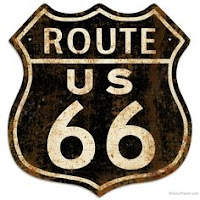 The Route 66, also known as "The Main Street of America" first started being used for wagon trains to go to California, also there are still ruts form wagon trains on the side of some parts of the road.


Before there where roads there where railroads and many of them followed the old trails.
In 1908 the Ford Motor T came out and changed the way Americans lived. They now could travel faster and the idea of paved highways apeared.
Paving the roads started on a state level and then moved to a national leven and in 1921 the federal govermment made a federal highway system.

This was the reason Route 66 was born. It was the first highway that conected the rest of the USA. It starts in Chicago, goes through Missouri, Kansas, Oklahoma, Texas, New Mexico and Arizona, and finally it ends in Santa Monica, California. There are 2.400 miles. 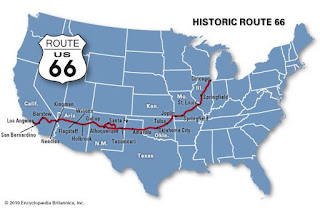 Route 66 is no longer part of the USA highway system, so many parts of it have disapeared or are just dirt roads.

Here are some essential things you have to visit if you are driving the Route 66: 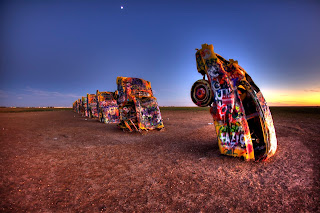 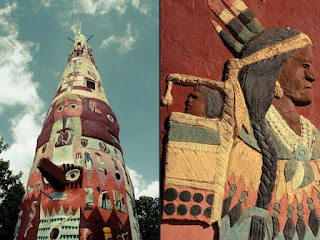 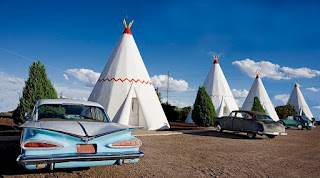 The 100 is an American television series developed by Jason Rotherberg and based on the book The 100 written by Kass Morgan.

It is a dystiopian drama about the world 97 years after a nuclear apocalypse that left almost no life in Earth. The only known survivors were people that lived on the 12 space stations in Earth's orbit. Then the stations got together and created a massive space station named "The Ark", with 2.400 pleople under the orders of the Cancellor Jaha.

When resources are critically falling and  the air is running out, they have not much time, so they decide to send 100 teenagers, that where convicted, to the Earth to see if it's survibable, in a program called "The 100". Some of them are Clarke Griffin, the daughter of the Ark's doctor and of the Ark's engineer, Wells Jaha, the Cancellor Jaha's son, Finn Collins, Octavia Blake, the illegal sister, his brother Bellamy Blake who came to the Earth just to protect his sister, Jasper Jordan and Monty Green.
They have to find refuge and suplies at an old military instalation, Mount Weather Emergency Operations Center, located in the Blue Ridge Mountains but they landed away from their destination, so they have to solve some problems. They will have to find the way to their correct landing place  they have to find a way to cantact with The Ark and the most difficult part, they have to survive.

I have discovered this series because Paula recomended it to me. At first, when I watched the trailer, I thought it was gonna be boring and typical but when I started it I couldn't stop watching it. I love it because there are a lot of adventures in the story and you never get tired of watching it. 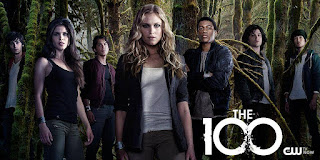 My dog is named Duc. He is a mixed breed dog between a pincher and some hunting dog, we don't exactly know. On may he is gonna be 6.
I got him when he was a few months and we went to Barcelona to get him from a friends house. This was an amazing day.

He is a very funny dog and I always make fun of him. He is so curious because when he wants something or when something happens he hardly never barks which is good but he makes a sound similar to a dog crying which is even more annyoing. At first we thought he was mute.
Another curious thing he does is that when he sleeps he always wants to be covered with his blanket even if it's summer and it's really hot.

He is very energetic and he is always jumping and playing but he is also a fat boy, a part is because of the genetic of his father and another part because he has a food disorder. If he could he would be eating all day so I always have to take care of what gets into his mouth. He is also very intelligent and he knows that human food is much better than dogs food.
Last year he started a diet with a special dogs food and every time I can we go running. Some times I go cycling so that he can run faster and he loves it.

He is not very social with other dogs. He is scared of bigger dogs than him and also he is scared of cats because once he wanted to play with a street cat and it didn't like the idea. But he loves humans. Every time a friend comes home he is always jumping and trying to catch their atention.

But all those strange things make him very special, and also he is a really good dog and he have never bitten anyone even if they make him get angry, he just holds your hand with his teeth without hurting you and then he just leaves. 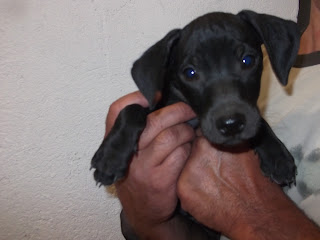 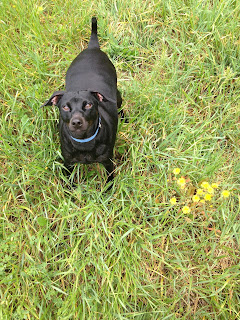 The last 4th of March we visited Palau Robert in Barcelona and we saw an exhibition about photos of the Syrian war.

This is the picture I chose: 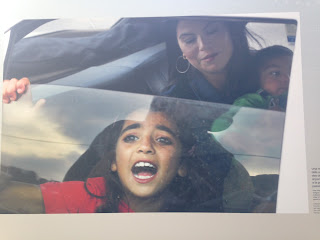 This is a Syrian girl saying godbye at her friends from the taxi that will take her to Melilla port, from where she will travel to the Iberian Peninsula.

I have chosen this photo because it's very expressive, sensitive and powerful. When I saw the girl, she made me feel sad because I couldn't imagine me having to leave my friends behind and traveling into another country. But also she is lucky because she is gonna leave also the hard war situation and she will live in a better place.
Publicado por Unknown en 4:28:00 No hay comentarios:

This is the presentation I made about the photojournalist named Vladimir Chistyakov.

On March 4th we visited Barcelona with school and we had an english project which consisted in interviewing people with some questions we have worked in class.
These are the questions I asked to a tourist and his answers:

Where are you from?

I am from France.

Is it the first time you come here?

How long are you staying?

Util tomorrow, it's been four days

Do you know any words in catalan or spanish?

Oh yes, in spanish, not in catalan.

What do you know?

Okey so that's it. Thank you.

If you click here you can listen to the interview.